Born and raised in the Lake Norman area, I have always enjoyed teaching. From competitive swim coaching, to tutoring in high school and later at Guilford Technical Community College, I am excited to be teaching something I am truly passionate about: aviation! I aspire to fly for an airline one day. However, I am loving the process of helping others discover aviation and their own capabilities within themselves. I strive to help students achieve their aviation goals through effective and enjoyable teaching.

As far back as I can remember, I’ve been fascinated by aviation.  I went through the traditional channels of primary and formal education which led me into the import/export business and eventually in to operations and marketing for tech companies in Silicon Valley.  During this time I found myself loving the discipline, creativity, and reward of instruction and development.  There was still something missing, however… AVIATION!  I so desired to pursue a career that I have passion for and aviation is just that.  So, after almost two decades, I made the move to achieve that dream full-time.  I’m so very happy I did.  I am living proof that whether you wish to make aviation your career or have an amazingly rewarding hobby, it’s never too late.  Come fly with us.

I started flying after graduating from college in 1969 and received my Private Pilot Certificate in 1971 and CFI in 1981.  After retiring from GE  after 31 years, I went back to school and earned an Airframe and Power Plant Certificate.  Now I enjoy teaching people to fly and maintaining aircraft for Race City Flight Operations. 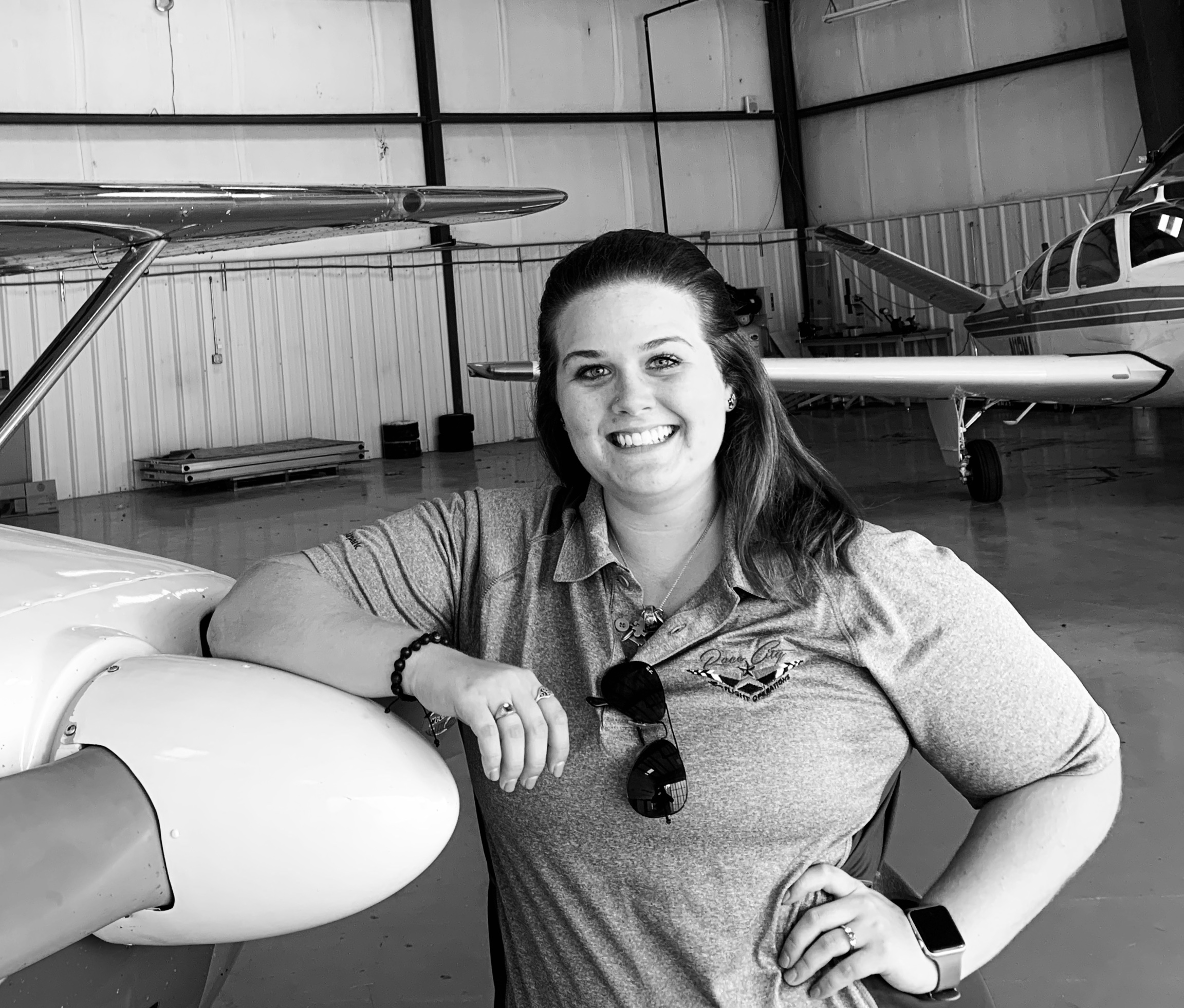 My passion for aviation started when I was in the first grade when I attended Aviation Challenge at the USSRC in Huntsville Alabama. Over the 13 years there I learned a lot about military aviation and my passion for aviation was formed. All I have ever wanted to be was a pilot. I began my flight training in 2015 and the summer after my freshman year of college I returned to Aviation Challenge as a crew trainer and from that summer of teaching elementary- high school students about aviation, I knew I wanted to be a CFII. I flight instructed in Florida for 2 years with the original goal of making it to the airlines. However, through those 2 years and countless hours teaching later- I realized my true passion is Aviation Education. I can’t wait to help you achieve your goals- Come down and learn fly with us and you’ll have the same itch to fly! 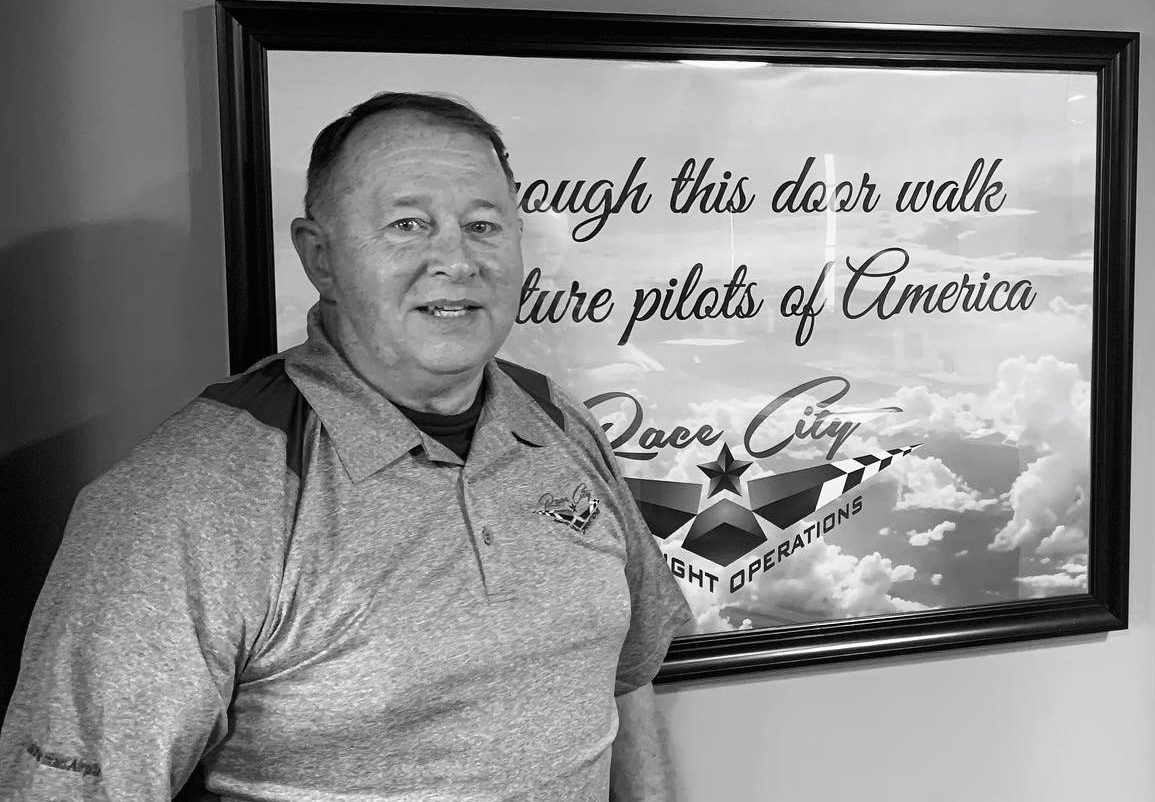 I started in aviation as a USAF Rescue helicopter pilot. After 13 years, I transferred to the United States Army National Guard and retired 15 years later as a Master Aviator. While in the USAF, I became a helicopter test pilot and continued in the National Guard. After retirement, I added fixed wing certifications. My goal is to impart my experience for those wanting to either make a career or just learn to fly for fun, SAFELY. Come join our team at Race City Flight Operations.

What started as a dream to travel the world quickly developed into a passion for aviation for me. After graduating college with a degree in Public Relations, I quickly realized I wasn’t suited for a life behind a desk. Desiring a non-traditional career where I could do something I truly enjoyed day-in and day-out, I began my pilot training through an intensive fast track program in January of 2019. I have aimed to fly nearly every day since. I’m ultimately seeking a career as an airline pilot, but I love sharing my passion for the skies with students as a flight instructor. I’m thankful every day to look outside the cockpit of an aircraft and call the sky my office. As an instructor, I aim to help others do the same as I train them for private, instrument, and commercial ratings in single or multi engine aircraft.

As a kid I looked up and watched planes cut across the deep blue Carolina sky and felt a sense of belonging. I remember playing soccer as a kid and spending less time with my eye on the ball and more with my eye on the jet passing by overhead. Almost 20 years later I’ve found myself in many different jobs. From working with boats on Lake Norman and baggage handling with Delta at CLT, to retail, restaurants, and even a short stint as a substitute teacher for a local school. However, all roads eventually brought me back to the cockpit where I belong. I got my private pilot’s license with Race City Flight Ops in 2019, and have since earned my Instrument rating, Commercial license and CFI. Although moving on to the airlines is a goal of mine, I see myself staying in the general aviation community for many years to come. Both as a CFI, and the guy who wants to fly with some friends for an expensive lunch. I look forward to flying with you!

Airport Hours of Operation:
The airport is open 24/7, but is noise sensitive between 11PM and 6AM.
Please be kind to our neighbors.